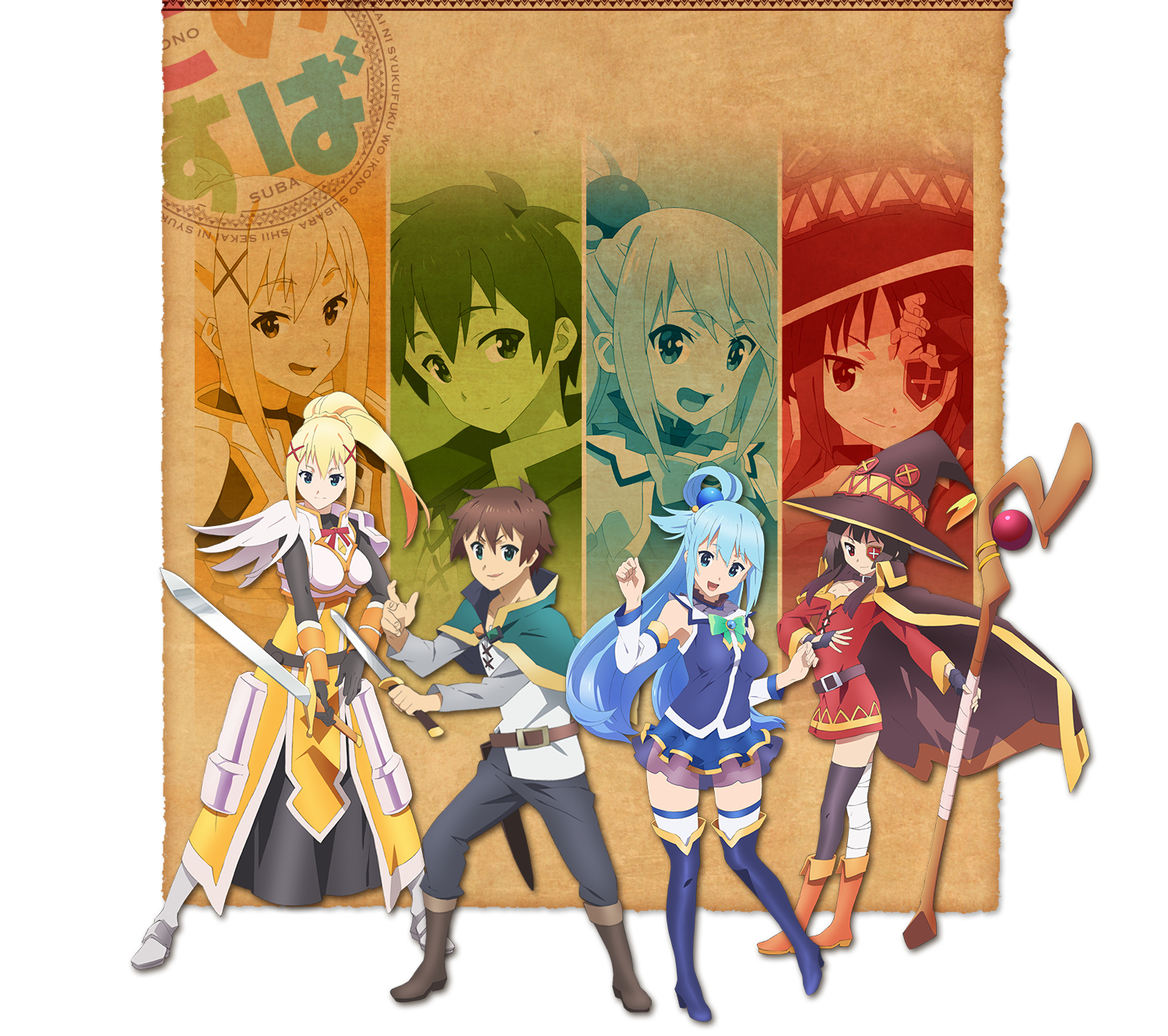 While out buying a game, a Japanese teenager hikikomori named Kazuma Sato sees a speeding truck and pushes a girl out of the way And ends up dead. In the afterlife, he is judged by the goddess Aqua,who enlists his help in fighting a Demon King terrorizing another world.....

Sounds stereotypical? Well here's the kicker, the truck was a very slow moving garden tractor, and the guy actually died because of all those energy drinks he chugged the night before and the excitement of thinking he was gonna save the girl, plus he wet himself upon death, oh, and that goddess? An obnoxious jerkass who mocks the poor guy and even tells him to his face that the doctors couldn't save his life because they were too busy laughing about his pathetic death, she also tells him his parents are still laughing over his miserable piss pants corpse, naturally out hero gets fed up with this Damegami and drags her off with him to a world that I will simply describe as Fantasy Australia.
All times are UTC-06:00
Page 1 of 1
Powered by phpBB® Forum Software © phpBB Limited
https://www.phpbb.com/