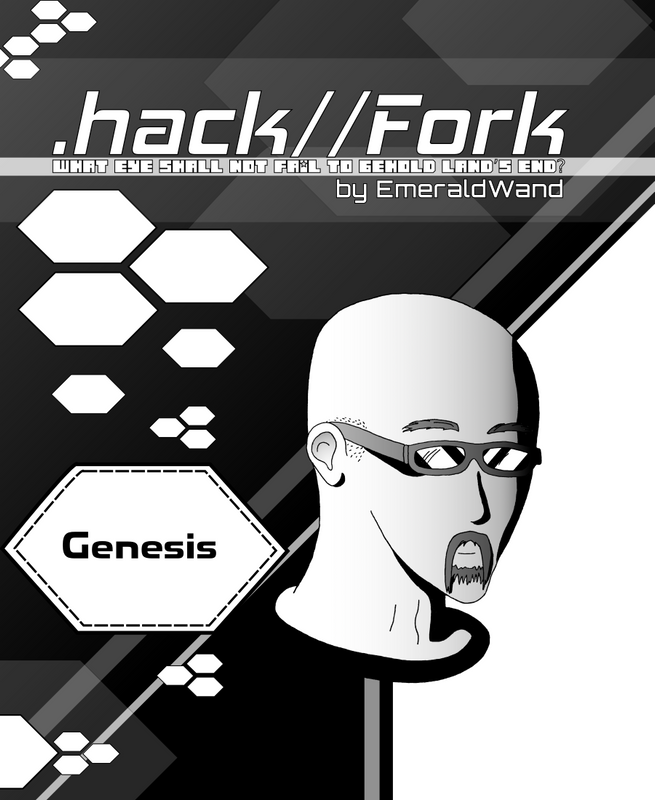 Synopsis
In the year 2018, service of the World R:2 suddenly ends, leaving a number of players wondering what to do next. Desperate for a truly exciting gaming experience, several Russians and a German get together and steal a copy of the entire game from Cyber Connect. They piece together the code themselves in their own unique way, determined to make a more full-proof game without the same bugs but with the same excitement. However, in their analysis and exploration of their new world, they uncover secrets about the world buried in its original source, Fragment. What they find starts to feel more like a curse than a game.

Their new creation is called The World Neuvo. Botched yet beautiful, it begins to organically form its own dungeons, spun out of the complex web of combined code and the additional models incorporated into the main directories. To monitor the game, the hackers begin testing every bit of code they can within their own custom virtual machines, but it seems there is something about the game that defies their best efforts to control it.

Can they create a glorious new world? Or will the testers become prisoners in The World Neuvo?

Details
The story will be posted on my fanfiction account.
Update: The story is now online: .hack//Fork - Genesis

There are two parts of the story: Prologue/Genesis and Aura Nexus Chronicles. Both stories revolve around The World Neuvo, which is based on the software code base for The World R:1.

Prologue/Genesis focuses on how The World Neuvo came about and reveals some fragments of The Epitaph of Twilight. The story focuses primarily on the events in real life and how those affect the fate of the game world, but there is game play even early on.

Aura Nexus Chronicles revolves around Aura in this new world and an infection. Naturally, the story will focus on events within the game itself. I do have a basic plot line all set, which will be revealed in time.

Currently, I'm working on Prologue/Genesis the story has 20+ chapters about three pages long each, and it's not quite finished, but there's enough content to keep it interesting and I have no intention of quiting. It's been a blast writing it, so I hope you enjoy the read.

Aim
I intend to be as canonical as possible and even explain the timing. I'm not perfect, so with everyone's help, it would be great to have input on what I may have gotten wrong. Notably, some mistakes in the story are intentional (made by characters in the story), but the final result should align well with the rest of .hack, where the stories intersect. Since the story is about a fork in the project, there is plenty of flexibility, so expect some surprises.

I intend to expound heavily on The Epitaph of Twilight poem (and give it more applicability to actual gameplay) but write the new sections in the form and spirit of the original poem, not like the weird fan-made version floating around on the internet (which, contrary to Emma Wielant's intention for the original, actually has a happy ending... say what?). Even still, I have no intention of completing the poem (obviously, Wielant didn't) nor writing all of the collected or known fragments, thus leaving it open for someone else to insert their notes.

Questions?
Feel free to ask about details. Some things I'll reserve for readers, but I'll let you know if that'll be the case.
Top
Post Reply
1 post • Page 1 of 1